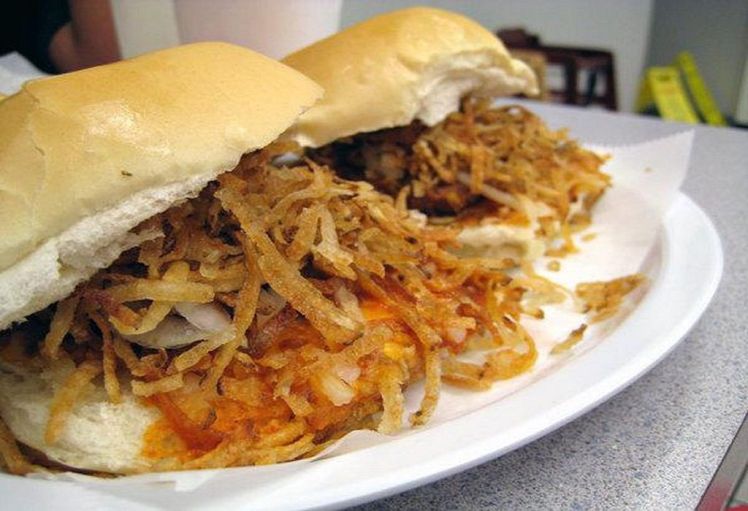 Its origins go back to 1930 as street food. They were made in propane stoves and sold in cars that lined the street.

The Cuban frit is a Cuban hamburger made with minced beef, with lard, thinly sliced ​​potatoes, chopped onion and tomato sauce. It is cooked on the grill.

1. In a bowl, mix the butter with the paprika until the butter turns red.

2. Add the minced meat, salt and mix well. Cover and place in the refrigerator for several hours so that the taste of paprika matches well.

3. Chop the onion fine. Peel and cut the potatoes with a fine grater so they are julienned. Soak the potatoes in water until enough of the starch is removed and drain well before frying.

4. In a frying pan, over medium high heat with plenty of oil, fry the potatoes until golden brown. Remove and drain on absorbent paper and add a pinch of salt.

6. In a griddle or frying pan, over medium high heat, fry the meat balls and crush quickly with a spatula until you get a hamburger shape.

7. Place the frit on a hamburger bun. Add the chopped onion, plenty of chips and the tomato sauce.