To rest a bit from the Havana and a relaxation to take, not like at all to do an elopement to Viñales. With 2 or 3 days it will be sufficient.

Viñales happens for being one local more acquaintances of Cuba for his nearness to the Havana, little less than 4 hours in bus if you choose the company of buses viazul. Also you can contract the excursions in any hotel of the Havana with return trips the same day.

If you go for your account and have thought to remain some night, you can rent the house across some web of rent before going or rent it when you come.

Viñales is a tourist people, in fact, you will see more tourists that Cuban for his streets, restaurants and discotheque.

When it enters the bus you see that his streets are full of houses of rent for tourists.

When you stoop the bus in the square of the church you will meet surrounded with people offering rents.

If you go for your account to Viñales you will be able to contract the excursions in the same square where for the bus, in the sidewalk of it faces.

It if, it dates hurry all the squares are not covered, since it happened to us that we wanted to go to key Levisa and we remain without excursion, though it compensated us because we change it into key Jutías and I think that we win with the change.

I do not want to say that Key Levisa should not cost a sorrow, but the concept of the trip is totally different.

To go to Key Levisa you go in bus for a good road and they leave you in a ranchón to enjoy his food and his beach, that on the other hand you will find more overcrowded provided that the road is in better conditions, with which it is more accessible, and the bus possibly goes abundance. It yes, also you will be able to enjoy his crystalline waters and white sand, though possibly there are more tourists, will not be the overcrowding that exists in the beaches of the East.

If you go to Key Jutías you will go in a car, approximately 4 ó 5 persons, if it is like in our case, ancient, which is an added value, and one is late more, because the road is in very poor condition, fills of pot-holes and it is necessary to go more slow not to break the car, but you will be able to be conversing with the driver and to know more on Cuba and his form of life. Ultimately they will leave you in a ranchón to enjoy his beaches and you will have more possibilities of finding desert beaches where to rest and to enjoy these hot and crystalline waters of white sands.

In any case, if you go with time, you can do both excursions.

The being such a tourist people does that his prices also it are. It is not easy to find a restaurant or to take a little where the prices are economic, in fact, it is possible to say a bar that in the Havana there can eat up more reduction sale, it yes, if you can move and look for the most economic sites.

Next to the church, to the left side, the cultural center is Polo Montañez or house of the music. A good site to dance and to see a spectacle in the night. 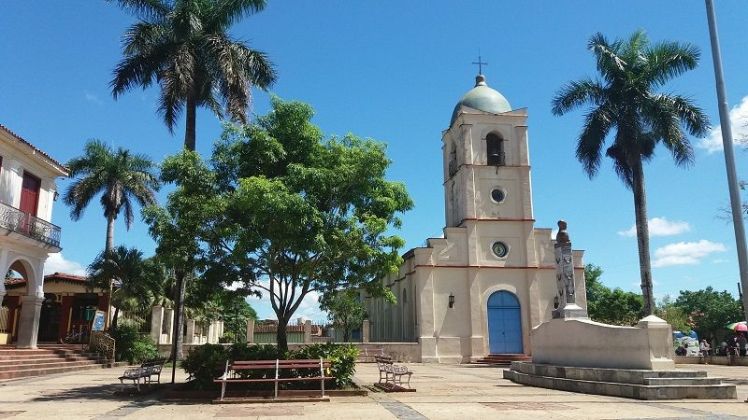 In Viñales, the most interesting sites to visit are Viñales’s Valley, Key Levisa and Key Jutías, though you will find infinity of excursions.

His name owes the Spanish to itself. When the conquerors came another thing did not happen to them that you plant grapevines to be able to produce wine. Not that to say has that she remained not even one due to the climate that nothing has to see with that they need the grapevines. Of them only the name stays.

When you come to Viñales’s valley you meet a spectacular landscape, a few formations mountains in rectangular form called mogotes in an impressive valley of abundant vegetation.

Then they take you to a plantation of tobacco where they explain to you the process of culture and compilation of the tobacco and to Pinar del Rio in order that you should see which is the manufacturing process of the cigars. 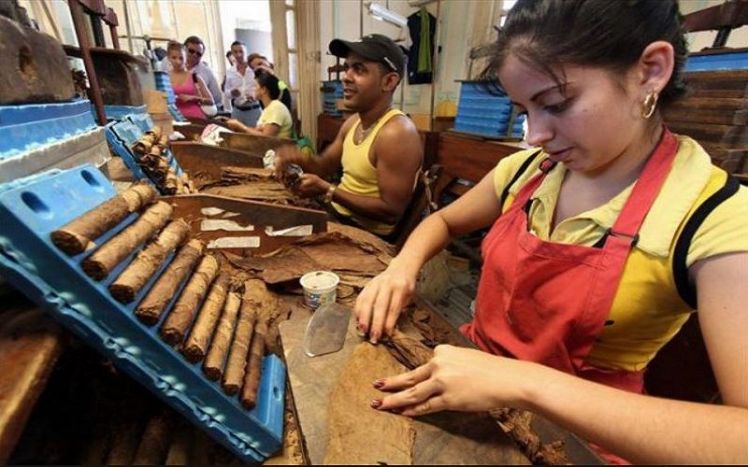 Wall of the Prehistory

Of there to visiting the wall of the Prehistory, in which you can observe, painted on the rock, a wall on the prehistory acts of the Cuban painter Leovigildo Gonzalez who was late 5 years in ending her.

This painting, of approximately 120 meters of length, it tells the evolutionary history from the first marine mollusks, up to the first aborigines who populated this zone.

Here you will be able to think something in the restaurant while you do a stop. Do not get lost the guarapo with rum. Guarapo is the juice of sugar cane newly extracted, because it is not possible to tipple, is that it to be drunk newly squeezed. Not that to say has that it is caloric enough.

Cave of the Indian

This cave relies on a river that it crosses it. You will be able to cross it by ship seeing his rocky formations with figures that are alike animals, up to coming to another end of the cave.

Sometimes tails are formed to take the ship and it is necessary to wait for a good moment, since only they possess 2 ships.

Also you can contract an excursion with horse where apart from the most tourist sites you will be able to enter more the nature.

This walk lasts approximately 4 hours and there can be done something weighed for being so much time mounted in a horse, the back can suffer, though the sights the sights compensate it.

To rent a motorcycle, bicycle

And if you want to do the visits for your account, also you can rent a motorcycle or a bicycle.

The valley of the prehistory is to approximately 5 kilometres, a trek of something more about 1 hour covering that turns in approximately 15 minutes in bicycle.

One response to “Viñales”