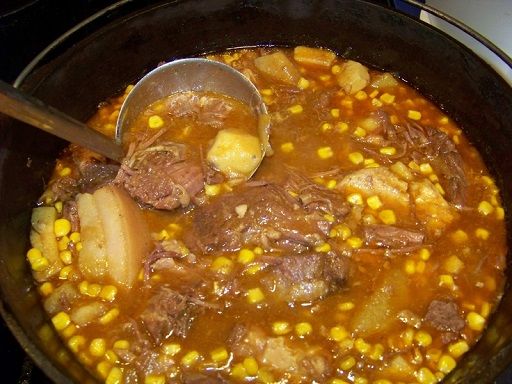 El ajiaco criollo is one of the most distinctive dishes of Creole cuisine. Although some see it only as a stew, it has more than 500 years of history.

It is said that the Cuban aborigines already consumed a similar dish when the Spaniards arrived.

The Spaniards had to keep the slaves in good physical condition with a good diet and without spending much.

The Spaniards used for this a Spanish dish, the rotten pot, adding food (tubers and roots such as sweet potatoes, cassava, malanga, yam …) and tasajo (salted beef). With time, the Spanish dish was suppressed with chickpeas, being, thereafter, a Cuban dish.

Over time, this dish came to be much appreciated by the nobles, who did not serve it at their tables if there were no foreign guests.