Camagüey is the third largest city in Cuba. Known as the city of the tinajones, it is located 535 km from Havana by the main road. It also has an airport, the Ignacio Agramonte that makes a daily flight between Havana and Camagüey.

Founded in 1514, it was one of the first seven towns founded by the Spaniards, becoming one of the most important colonial cities on the island. It still conserves Baroque churches and picturesque squares, being the second most extensive historical center of Cuba after Havana.

Rated as one of the most beautiful cities in Cuba, it was declared a World Heritage Site by UNESCO in 2008.

Its narrow and labyrinthine streets end in numerous squares and squares.

A pleasure to get lost in its streets, in this route of approximately 1.5 kilometers, you can find: 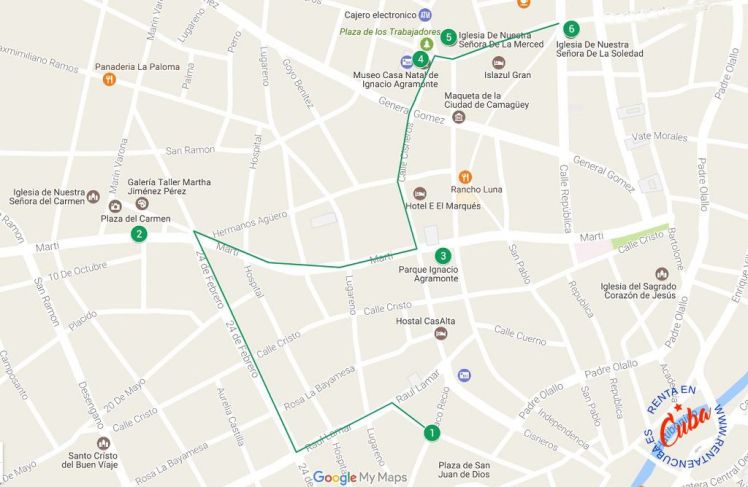 It can be said that it is the most picturesque corner of Camagüey.

Both the plaza and its surroundings are among the best preserved colonial areas of Camagüey. It is the only one of its squares that maintains its original layout.

Among its buildings stands out an old hospital converted into a museum and its most important building, the church of San Juan de Dios.

You can access the church tower to enjoy its views.

In its altar we can see one of the few images of the Holy Spirit with human form and a sculpture that represents its three forms in different positions.

In its cobbled streets we can observe sculptural figures that recreate characters such as the couple in love, the newspaper reader or the water seller among others. These figures are based on real characters from the daily life of Camagüey.

In it we can highlight the women’s hospital built in 1823 that became a school, the church of Our Lady of Carmen, the only one that has 2 towers in Camagüey, which was built in 1825 and the Monastery of the Ursulines of 1829. 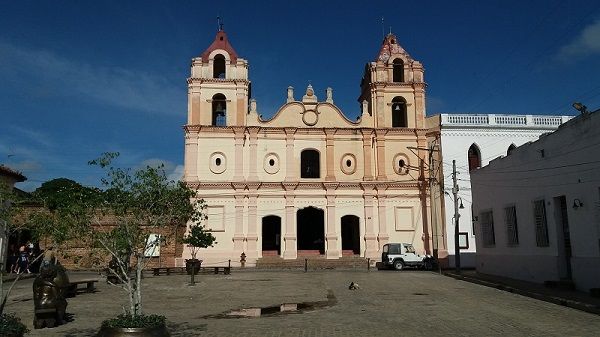 The architectural values ​​of the Carmen church reside in the façade, the portal and the dome, together with the vault.

It suffered 2 landslides and had to be rebuilt in 2003 respecting its original characteristics.

Old Plaza de Armas, named in 1899 because in the center, dominating, is a life-size bronze equestrian statue of local hero, Ignacio Agramonte, riding his steed with a machete in his hand. This was inaugurated in 1912.

Agramonte went from being, owner of sugar estates, to leader of the rebel forces of Camagüey. He died in 1873 in the Battle of the Guásimas.

As a curious fact, indicate that when the heroes died in combat, the horse was represented with the two front legs raised at the same time, in this case it was believed that Agramonte had not died immediately, so the horse is represented with a front leg in high and the other semialzada.

On the left is the church of Nuestra Señora de Candelaria, built in 1864. In 1688, the famous pirate Henry Morgan, kept the parents of the city in the church without food until they revealed where their treasures were hidden.

Beautiful colonial house whose value lies in being the birthplace of the hero of Cuban independence Ignacio Agramonte.

Inside we can see both the original furniture and decorative objects of the nineteenth century. We can also see documentation about the role that Agramonte played in the War of Independence.

You can not miss this imposing colonial church. Legend has it that a supernatural figure in the year 1601 emerged from the water, since then, this church became a place of worship.

This ensemble was built in 1747. To the right of the choir you can see the Holy Sepulcher that was made in 1762 with 20,000 coins of molten silver. It also has catacombs in which some bones and different religious objects are kept.

This church is located in the Plaza de los Trabajadores, in whose center we can see a ceiba. 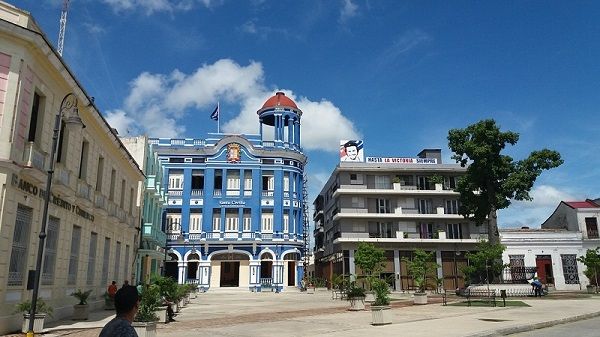 Built between 1733 and 1736, it is located at the intersection of República and Ignacio Agramonte streets. Inside, its baroque frescoes stand out.

This church, together with that of La Merced, is among the oldest buildings in Camagüey, conserving its constructive composition almost. 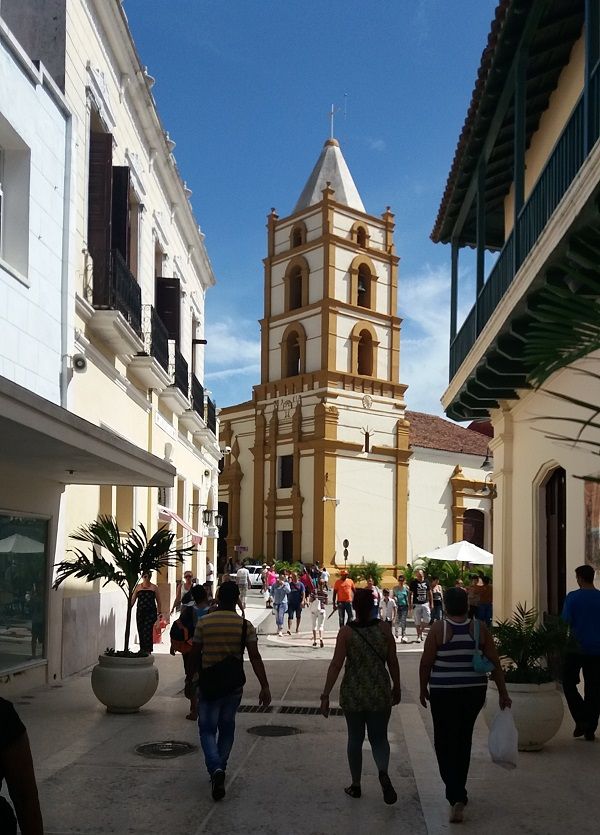 In December of 1776 the main altar was blessed and the image of the Virgin was placed.

The oldest sculptures preserved in the church are, on the one hand, the Virgen de la Soledad of the 18th century and on the other, an image of Santa Bárbara from the 19th century.

It still conserves its baptismal font, ordered to Barcelona, ​​and that was installed in 1864 with a cost of 239 dollars. In it the local hero and General Major of the Army, Ignacio Agramonte, was baptized in 1841.

The population ascribes, within its historical center, the greatest symbolic value to this Church.

In the Callejón de la Soledad there is a cafe where you can listen to live music.