Havana Center is the most populated municipality in Havana. In the we can find some of the most emblematic places to stroll as they can be, the Capitol, the Paseo del Prado, the park of the Fraternity, the Chinatown or the boardwalk.

This route has a length of approximately 1.2 kilometers, although it can be extended if you go deeper into Chinatown, which I advise you, has good pizzerias and restaurants that you can not miss or if you walk around the San Rafael boulevard.

Around this square are some of the most emblematic buildings of Havana, such as:

The Great Theater of Havana (2). It has stunning views. On its façade, four towers crowned by angels stand out. Inside you can see the stage and the stalls. If you are lucky you can see rehearsing the dancers of the National Ballet of Cuba.

The Hotel Inglaterra, to the right of the Gran Teatro de la Havana, counts on being the oldest hotel on the island and one of the most classic. It has a neoclassical facade and its interior recreates a colonial atmosphere.

Address the Capitol, at the end of the Central Park, as we cross we can see a sample of old cars (3) that make routes for tourists. Select the one you like most, set the price (1 hour costs approximately 30 – 50 cuc for all its members) and enjoy an unforgettable tour where you can visit the most touristic sites of Havana Center, Vedado or Miramar. 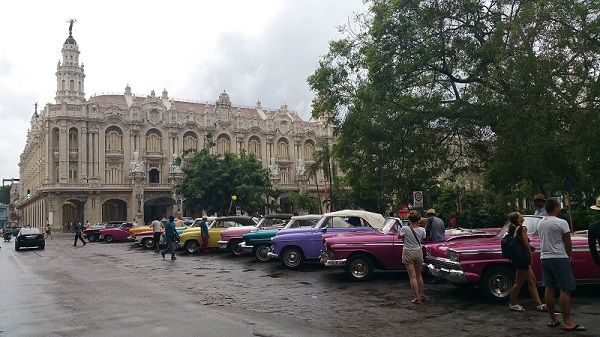 4. Capitol of the Havana

The capitol. It was inaugurated in 1929, being a replica of the one in Washington.

In her the cameras of the Deputies and Senators stayed until the revolution.

Its interior can be visited, highlighting the Hall of the lost steps with its dome and where is the third largest statue in size of the world with 17 meters high. It is in the center of the dome where the zero kilometer of Cuban roads is located.

Behind the Capitol is the Partagas cigar factory. You can take a guided tour and see the whole manufacturing process of the cigars, apart from being able to buy them in your store.

If we continue walking behind Dragones street, behind the Capitol, you will find Chinatown. This was developed from 1850, becoming the second most important Chinese district in the world, the first was that of San Francisco. 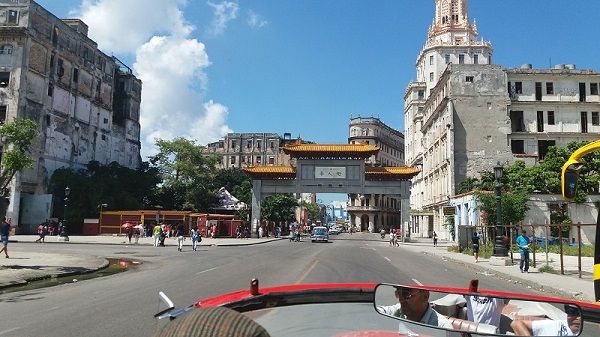 With the triumph of the Revolution they returned to emigrate and very few are left today.

If we wander through it we can find many restaurants, the Popular Chinese newspaper or a cinema in which films in original version are screened. We can also find a Chinese homeopathic pharmacy.

In Calle Cuchillo, between San Nicolás and Rayo, we have a Chinese market, where you can buy, among other products, Chinese seasonings.

It can be said that San Rafael is the “sister” street of Obispo, although it is more modern and wide. 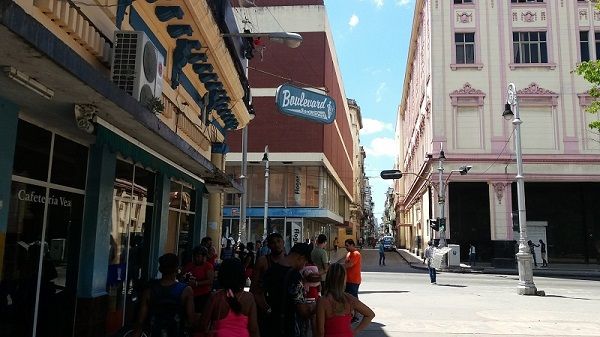 It is located to the left of the famous Hotel Inglaterra, covering more than 20 streets and reaching the University of Havana in Vedado.

The first five streets are known as the Boulevard San Rafael and in it we can find shops, banks, pharmacies, museums, watchmakers, jewelers and street vendors.

As in Obispo, you can find many restaurants where you can sit and listen to live music.

Una respuesta a “A walk through Havana Center”